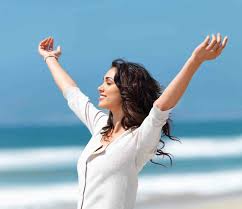 No aspect of life is more important to the quality and meaning of human existence than emotions.

What is a feeling, what is an emotion? How are these concepts defined academically? The literature provides us with as many definitions as there are models and theories of behavior in the social and behavioral sciences, and authors to promote these schools of thought.

The lack of scientific consensus on the functioning of the human brain and on what the mind really is has fueled many controversies on the nature of emotions and especially on the causal relationship between intellect, cognition, perception, feelings, decision making and behavior. Since the dawn of time there has been a consensus that state of mind has a strong influence on cognitive processes, behavior and symptoms of diseases.

However, although from an academic perspective the concept of mindset has not changed over time, its popular perception has undergone several changes. The mind is an ancestral concept that transcends cultural boundaries and describes the immaterial set of various cognitive and non-cognitive faculties that act as software that manages daily life. The mind is a broad concept that contains the intuition, the soul, the sensitive heart, and the awareness of it all. Unlike the immaterial mind, the brain is a material entity believed to generate consciousness and rational thoughts. This is why, when describing what may have prompted them to make a thoughtless and unexpected decision, people always refer to the state of mind.

When Lao Tzu, the founder of Taoism and the author of the famous "Tao Te Chin", assures us that "If you correct your mind, the rest of your life will fall into place", he clearly refers to "the mind" and one should not wrongly assume that by "mind" he actually meant "brain" or "intellect". When it comes to brain and intellect, Lao Tzu is crystal clear on how to get the most out of it when he suggests that you should "Stop thinking and put an end to your problems". It seems that Einstein understood this message because on several occasions he declared: "I think 99 times and find nothing. I stop thinking, swim in silence, and the truth comes to me."

State of mind plays a major role in people's daily experiences as well as in their physical and mental well-being. In their constant quest for a better state of mind, people have always known that the best the brain can do to the mind is to accurately read the state of the mind, not determine it. Because if it was possible for the brain to determine the state of mind, then everyone could have focused their brains to self-inducing pleasure, serenity and a happy state of mind and they would have lived happily ever after. However, in real life, whether we like it or not," the heart" always has its reasons that reason does not understand!

Traditionally, the heart was seen as the seat of the soul and its state reverberated in the physical body in the form of sensory experiences, commonly known as "feelings". This traditional view of feelings was dominated by the belief that whatever feeling arises against your will, it will not succumb to your reason alone. During the 19th century, the concepts that harmful thoughts are not only induced by harmful feelings but they can also generate undesirable states of mind and feelings, as well as the concept that states of mind have their distinct chemical (hormonal) footprint, have gained in popularity.

Meanwhile, under strong pressure to secularize society, "feelings" have gradually become "emotional feelings" and nowadays, "emotions". The same forces shifted the original focus of 'Psychiatry' and 'Psychology' from the 'mind' to consciousness and the brain. At first, "psychiatry" was known as the medicine of the soul or spirit, etymologically evolving from "psyche" - soul/spirit in Greek and "iatry" - treatment in Greek. The concept "psychology" evolved from "psyche" - soul/spirit in Greek and "logos", meaning speech or study in Greek. Thus, until the end of the 19th century, "psychology was known as a branch of "philosophy"

Thus, because of endless controversies regarding the nature of emotions, it was only after 1844 that psychiatrists gradually imposed their treatment as a first-line intervention and psychologists after 1892. Moreover, the first DSM wasn't published until 1952. When the cognitive behavioral model was launched, its enthusiastic promoters assumed that intentional thoughts alone could control emotions and behavior. This model ridicules the concepts of soul and spirit and emphasizes the brain, which was then considered the source of all emotions. Although cognitive models are still popular, the main cognitive theories are only three of the 82 contemporary theories of behavior.

After the enthusiastic wave of cognitive models, the traditional concept of feelings has restored its popularity in light of the scientific recognition of several contemporary models of emotional behaviour, particularly the somatic marker behavioural model developed in the early 90's by the American neuroscientists Prof. Dr. Antonio Damasio and Prof. Dr. Joseph LeDoux. Today's view of emotions is that they are experienced at four different but closely interrelated levels: the mental or psychological level (the brain), the physiological level (the chemistry of your body), the somatic level (bodily emotional feelings), and the behavioural level. These complementary aspects are present in all human emotions.

From a biological and neurophysiological perspective - whether they are genetically determined, or whether they result from a chemical, physiological or cognitive process - emotional responses are at the heart of life's regulatory processes of all living creatures. When present, emotions always include a bodily feeling called somatic component, a chemical (hormonal) component and a cognitive component - which is the meaning your mind makes of your emotional feelings. It is good to know that any thought that crosses your mind without arousing any feeling is nothing but a thought, not an emotion.

As you already know, your state of mind has a strong grip on your thoughts, your behaviour and on the symptoms of your illnesses. Angry people often say and do stupid things. Yet, the greater numbers of those who say or do stupid things on a regular basis are not necessarily angry people. This is because strong emotional feelings control your thoughts and behavior and not the other way around. Definitely, your thoughts have the power to awaken your emotions. However, even if you manage to control to a certain degree the behavior driven by emotions awakened by your thoughts, I would not count on reason alone to suppress powerful feelings which have become a constant presence in your life.

In real life, whatever feeling arises against your will, it will most likely not succumb to your reason. For, only what is born of reason can be banished by reason alone. Yet, regardless of whether they arise against your will or from your reason, emotional feelings will always have a cognitive meaning, in the sense that your brain will know that your butterflies or your knots in the stomach are not real, but tell you that you are in love or you are afraid. Therefore, when you do crazy things against your rational will, it's not that you lack judgment, but rather that your feelings have taken over your decision-making process.

Since there is a certain amount of feelings involved in each decision you make, it appears that living a fulfilled life is much more about emotions, feelings and beliefs than about intellect or thinking. The quality of your daily life decisions does not depend upon your IQ or on the level and quality of what you have learned. The quality of your decisions depends upon your emotional intelligence and on the quality of your values. This is good news actually, because while your IQ is an inborn gift that declines with age, your emotional intelligence grows as you mature and deepens your spirituality.

Generally speaking, other than your thoughts, things don't really happen in the brain. Through your senses, the brain takes note and makes sense of what is really going on in your world. When your eyes see an image, or your ears hear a sound, what gives meaning and aesthetic value to images and sounds is your brain. However you understand that the images and sounds are in the environment, outside of you. Likewise, I hope you understand that emotional feelings do not happen outside of you and not in your brain either – but inside of you. They inhabit you and you have no doubts about it because you feel them.

Obviously, you don’t "think" your emotions. You observe a situation, perceive a danger and feel the fear. You think in words, sentences, and pictures, but you experience your emotions as emotional feelings, as physical sensations or "somatic markers" in your body. The practice of Somatic Hypnotherapy is focused on these emotional feelings, and identifies them in terms of either good/pleasant, or bad/unpleasant feelings. Although, by analyzing the cognitive component of emotions, the study of conventional psychology as well as the practice of cognitive therapies describes many distinct emotions.

Your emotions are mostly the result of your life experiences filtered through your belief system. This process of filtering reality and assigning an emotional meaning to the observed world is called perception. Through various spiritual teachings we learn that there are only two basic emotional feelings, two primal roots of all emotions: love and fear - which are correlative concepts such as light and darkness. Thus, we learn that all human actions are motivated at their deepest level by one of these two states of mind.

Love is the most powerful force in the universe. Love is life’s most powerful healer. If science tells us how the world was created and how it works, the spiritual teachings tell us that love has been the driving force, the reason the world has been created. Using the same recipe, we can create happiness through the expression of our unconditional love, a love that transcends all cultures and understanding.

Fear is an unpleasant feeling and it turns out to be the worst thing we should really fear, because once installed in our life, fear rules over all our thoughts, decisions and actions. To put it simply, fear can make the difference between success and failure in life. Fear is the killer of the human heart, because it's impossible to be happy, or to make people around you happy, if you're afraid.

Somatic hypnotherapy is a highly effective therapy for treating all types of behavioural disorders, phobias, anxieties, stress and other painful feelings.

Whatever your fear may be, don't allow it to cripple your life.

The "No Results - No Pay" principle applies to all my therapies.

Contact me and book your appointment today! Let this be the most exciting experience of your life, and I will be happy to help you on your journey.

Disclaimer: The above article may contain statements that reflect the opinion of the author. It is intended for general informational purposes and does not constitute psychological or medical professional advice. I don't diagnose conditions, nor do I interfere with any treatments given by your medical professional.

If you already are under the care of a doctor or under medical treatment, follow the advice and treatment recommended by your doctor. For any medical emergency, call the Info-Santé service by dialing 8-1-1

*The results may vary from person to person.